John L Sullivan Chevrolet near Elk Grove has the perfect vehicle for your driving needs. Whether you need a car, SUV, crossover, truck or van, we will take care of you and get you driving home in a brand new 2015 Chevrolet SS Sedan, or any of our numerous used and certified pre-owned cars. Our vast selection of new, used, and certified pre-owned cars will satisfy whatever type of vehicle you're interested in. Come check out the 2015 Chevrolet SS Sedan nearby Elk Grove and surrounding communities, as we have attractive offers and incentives available.

Choose from a 6-speed automatic transmission with TAPshift® for smooth, precision shifting or take full command with the new 6-speed manual. Either way, the SS engine delivers 415 horsepower with the control of StabiliTrak® and the traction of a limited-slip rear differential. That means you’ll be in total control in the 4.7 exhilarating seconds it takes to reach 60 mph in the SS with automatic transmission. And once you’re up to speed, race-proven Brembo® brakes are ready to stand up to repeated hard stops.

The backbone of SS sports sedan is its stiff structure that offers a rigid foundation for the suspension and enables precise ride and handling while helping to isolate the cabin from road inputs. The Sport-Tuned suspension, combined with Electric Power Steering (EPS) and a near perfect 50/50 weight distribution, delivers comfort, precise handling, and optimal control for the driver.

Forged-aluminum alloy 19" x 8.5" wheels up front and 19" x 9" wheels in the rear are equipped with summer-only performance tires that plant an athletic stance, fully enabling the powerful rear-wheel-drive capability.

Take control of the gearbox and make SS submit to your every command. Now available for 2015 is a 6-speed manual transmission to stand alongside the fluid, TAPshift®-equipped automatic. 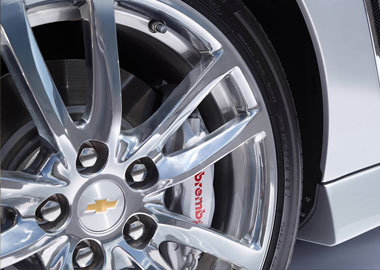 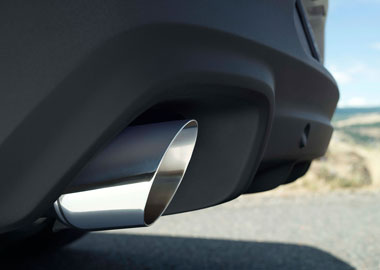 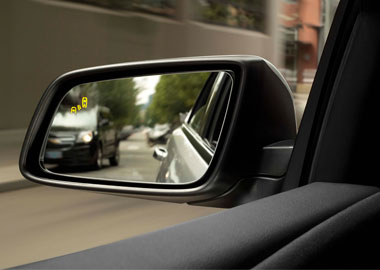 Side Blind Zone Alert uses radar sensors on both sides of the vehicle to help look for other vehicles.

Get in the cockpit and you’ll discover an integrated center console that adds to the intuitive and refined interior of the SS sports sedan. Combining infotainment, climate and other controls as a tightly constructed one-piece module, the center stack exemplifies the SS level of fit and finish.
Along with acoustic wheel-well liners and 5 mm-thick side glass, it’s an interior designed to dramatically reduce noise and vibration so you can stay focused on the excitement of the ride.

The innovative Chevrolet SS sports sedan can almost park itself. Automatic Parking Assist provides hands-free parking by accurately detecting a space and working with you to steer into it.

Stay Connected On The Go

HUD Projects On The Windshield

A color Head-Up Display features vital information such as your speed, turn-by-turn directions and more. Projected onto the windshield directly within your field of vision, this display keeps you informed while your eyes are safely on the road.

Internet In Your Car Is Here

Whenever your SS is on, 4G LTE Wi-Fi® is on too, offering great signal quality and bandwidth for up to seven devices†. Simply put, it’s the most powerful and reliable built-in data connection available from any car company. Which means you can easily connect on the go.

Get supported in style. Hand-wrapped leather-appointed performance seats are built with firm bolsters and 2-way adjustable lumbar support. They include sueded microfiber inserts and are crafted with twin needle stitching.

Rear Cross Traffic Alert helps alert the driver to crossing traffic from behind while the vehicle is in Reverse. Similar radar sensors help keep an eye on blind spots to the side of the vehicle with Side Blind Zone Alert, which illuminates small LED-lit symbols in the corresponding outside mirror when another vehicle is detected.

In the event of a collision, the vehicle’s innovative safety features go to work and help to protect with eight standard air bags.

Anything from the 2015 Chevrolet SS Sedan to the numerous used and certified pre-owned cars nearby Elk Grove, John L Sullivan Chevrolet has the means to get you driving back home in comfort. We guarantee you won't be disappointed even after just one visit to our friendly family here at John L Sullivan Chevrolet, assisting near Elk Grove and neighboring communities with first-class customer service one could want. With such desirable rewards programs, we trust we will earn your business for life. Our Owner Advantage Rewards Program offers plenty of great deals, offers, benefits, and more to show our appreciation to our faithful customers. We look forward to working together with you so you can leave our lot in the pristine 2015 Chevrolet SS Sedan or any used or certified pre-owned vehicle of your craving.

We're sorry, but we do not have a 2015 Chevrolet SS Sedan in our current inventory.