“FOR THE LONG HAUL.” —Chevrolet.com

John L Sullivan Chevrolet near Roseville has the perfect vehicle for your driving needs. Whether you need a car, SUV, crossover, truck or van, we will take care of you and get you driving home in a brand new 2015 Chevrolet Silverado, or any of our numerous used and certified pre-owned cars. Our vast selection of new, used, and certified pre-owned cars will satisfy whatever type of vehicle you're interested in. Come check out the 2015 Chevrolet Silverado nearby Roseville and surrounding communities, as we have attractive offers and incentives available.

Direct Injection monitors a number of variables to determine the precise measure of highly pressurized fuel to inject into each cylinder. The result is combustion that helps optimize engine power and fuel efficiency. 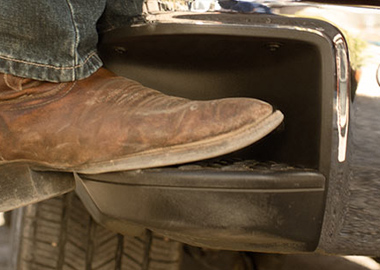 Steel reinforced steps at the corner of the rear bumper provide easy access to the bed. 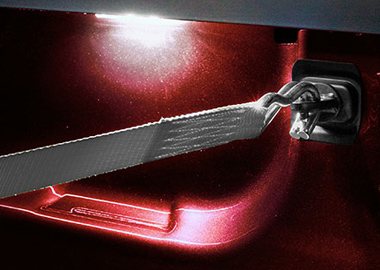 Available LED lights help make it easier to load the box in the dark or when the bed is covered. 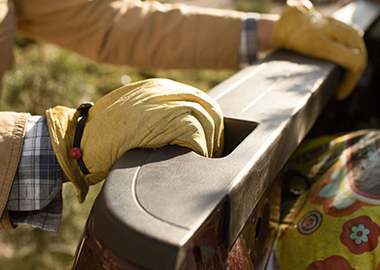 Pocket handgrips make it easier to access the bed of your Silverado as you step up using the CornerStep rear bumper.

When you get in your truck, you bring a lot of the world with you on your shoes. Keep the interior of your truck protected with accessories like rubber floor mats.

Every single space in the Silverado has been optimized, including upper and lower glove boxes.

Storing gear under the rear seat and getting in and out is easy thanks to wide openings and large doors on Crew Cab and Double Cab models.

Comfort That Will Last

The available center console offers storage for hanging files and a compartment for charging devices. An overhead console offers even more storage to keep items organized and conveniently located

The Duralife brake rotors have been hardened with a special GM-patented process to provide long-lasting stopping power. In fact, Silverado’s Duralife rotors can last up to twice as long as conventional rotors.

Used on all Silverado 1500 models, this suspension is precisely tuned for ride comfort and handling precision. The front shock module increases road isolation in response to small vibration inputs.

Anything from the 2015 Chevrolet Silverado to the numerous used and certified pre-owned cars nearby Roseville, John L Sullivan Chevrolet has the means to get you driving back home in comfort. We guarantee you won't be disappointed even after just one visit to our friendly family here at John L Sullivan Chevrolet, assisting near Roseville and neighboring communities with first-class customer service one could want. With such desirable rewards programs, we trust we will earn your business for life. Our Owner Advantage Rewards Program offers plenty of great deals, offers, benefits, and more to show our appreciation to our faithful customers. We look forward to working together with you so you can leave our lot in the pristine 2015 Chevrolet Silverado or any used or certified pre-owned vehicle of your craving.

We're sorry, but we do not have a 2015 Chevrolet Silverado in our current inventory.