John L Sullivan Chevrolet near Elk Grove has the perfect vehicle for your driving needs. Whether you need a car, SUV, crossover, truck or van, we will take care of you and get you driving home in a brand new 2015 Chevrolet Trax, or any of our numerous used and certified pre-owned cars. Our vast selection of new, used, and certified pre-owned cars will satisfy whatever type of vehicle you're interested in. Come check out the 2015 Chevrolet Trax nearby Elk Grove and surrounding communities, as we have attractive offers and incentives available.

Enjoy the confident acceleration of the standard Trax 1.4L turbocharged ECOTEC® engine on every urban adventure. The horsepower is 138, but it’s the 148 lb.-ft. of torque that makes the Trax small SUV so responsive to every touch of the accelerator pedal. 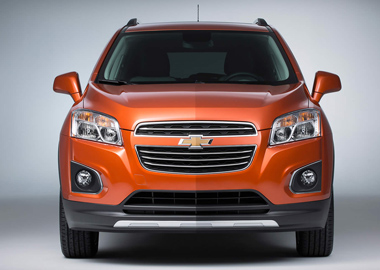 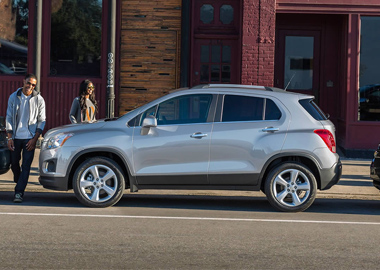 The Trax small SUV has major curb appeal. Its right-sized physique provides the elevated visibility of a small SUV with the parking ease of a compact car. . 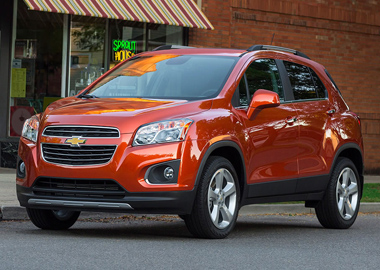 Swept-back headlamps and signature Chevrolet dual-port grille and bowtie badge round out the look. It takes street style to a whole new level.

Trax offers a variety of different seating configurations to fit passengers and cargo. It also has a fold-flat front passenger seat no other competitor offers, which allows you to carry items up to 8 feet long.

Trax offers more storage areas than any competitor – 15 to be exact. LT and LTZ trim levels offer the added convenience of a storage drawer under the front passenger seat.

The convenient 60/40 split-folding rear seats give you the flexibility to carry a bike, vintage antique dresser or whatever else life brings.

Trax comes with a surprisingly long list of standard features, including Chevrolet MyLink with a 7-inch diagonal color touch-screen.

With the push of a button and simple voice commands, standard Chevrolet MyLink lets you make hands-free calls, stream music and more.

With the myChevrolet mobile app, you'll enjoy a variety of Chevrolet services at your fingertips. You can even use it to remember where you parked.

As your comprehensive owner benefit program, Chevrolet Complete Care ensures our commitment to owner satisfaction for all Chevrolet vehicles.

The Trax small SUV offers a series of advanced technologies that help you stay in control, including the standard StabiliTrak® Electronic Stability Control System, available Rear Park Assist, and the standard rear vision camera that helps you see stationary objects behind your Trax when backing up at low speeds.

With its high-strength steel safety cage and 10 standard air bags, including side-impact and knee air bags, Trax helps keep you and your passengers out of harm’s way.

In the event of a collision, crucial information will be sent to the OnStar® Command Center via the OnStar Automatic Crash Response system. Trained Advisors can then utilize GPS technology to determine your exact location and request emergency assistance — even if you’re unable to respond. It’s part of the OnStar Directions & Connections Plan® standard for six months.

Anything from the 2015 Chevrolet Trax to the numerous used and certified pre-owned cars nearby Elk Grove, John L Sullivan Chevrolet has the means to get you driving back home in comfort. We guarantee you won't be disappointed even after just one visit to our friendly family here at John L Sullivan Chevrolet, assisting near Elk Grove and neighboring communities with first-class customer service one could want. With such desirable rewards programs, we trust we will earn your business for life. Our Owner Advantage Rewards Program offers plenty of great deals, offers, benefits, and more to show our appreciation to our faithful customers. We look forward to working together with you so you can leave our lot in the pristine 2015 Chevrolet Trax or any used or certified pre-owned vehicle of your craving.